Samsung has improved its ability to update older devices to the latest version of the Android OS every year despite most OEMs taking a long time to do this. Samsung Galaxy Android 11 official update schedule began in early December and continues to grow. Here is every Samsung device that has been updated to Android 11.

What new features does Android 11 bring to Samsung devices?

As with Google Android 11 update, Samsung’s update includes notification improvements, message bubbles, and many other features you’re used to on the platform. But Google’s smart home device power menu shortcuts were unfortunately not included. Shame on you.

On top of Android 11, Samsung will also introduce One UI 3.0, which includes all the features Galaxy owners have come to know and love, as well as a few new additions. In my opinion, this is an appealing design that refines Samsung’s work on Android, which has become increasingly excellent in recent years.

What devices will receive Android 11? The S series, Note series, Z series, and A-series have all confirmed updates, and Samsung is likely to update even more devices in the future. Here is what has been updated so far.

Several US carriers and global carriers offer the Android 11 update to some of the Galaxy S20 models as of December 2. In late February, these phones also received One UI 3.1.

On December 18, Android 11 began rolling out to the Galaxy S20 FE in Russia, with updates also rolling out to the UK, India, and Germany. Updates have been pushed out by all major carriers in the US as of January 18, with the update launching as of January 7 in Canada. This update appears to be almost fully rolled out across the globe at this point.

The One UI 3.1 update began rolling out to the S20 series in late February, with the update broadly available in the US and worldwide. Notably, some devices in certain regions are still not compatible with the update.

In addition, Samsung is now rolling out the Android 11 update to its Galaxy S10 and S10+, though it was temporarily halted due to bugs. Since February 1, the update has been widely rolled out in Korea and some carriers in the United States have started offering it. For all Galaxy S10 models in the US, the update became available in mid-February.

Around December 22 in India and Spain, the Galaxy S10 Lite was updated to Android 11. As of now, the update has been noticed in the United States, the United Kingdom, and Germany.

In many regions, the Galaxy S10 series has been receiving One UI 3.1 since March 10, but has been especially widespread in the US.

AT&T’s Galaxy Note 20 and Note 20 Ultra received Android 11 updates on December 14. Several unlocked variants, including those from Verizon and T-Mobile, have followed shortly after. Updates are available on unlocked and carrier-locked devices worldwide.

Earlier this year, all major carriers and other countries started offering One UI 3.1 for the Galaxy Note 20 series.

The Galaxy Note 10 and Note 10+ received Android 11 and One UI 3.0 to close out the year. Most regions will have access to the update by mid-February. Early in March, the Note 10 Lite also received the update.

Also coming soon to Samsung’s ultra-popular budget series of phones is Android 11. Updates for both the Galaxy A51 and Galaxy A71 5G arrived in early February through regional releases. In the meantime, Samsung’s Galaxy A51 (4G) rolled out its update in mid-February near the end of the world. On April 1st, Samsung launched One UI 3.1 and eventually upgraded the Galaxy A51 5G to Android 11. In early March, Samsung’s older Galaxy A50 and A50s got Apple’s One UI 3.1 with Android 11, though only in selected markets. Verizon began selling the A50 in April.

Russia was the first country to receive Android 11 for the Galaxy A02s, before the rest of the world. In the same region, Samsung also updated the Galaxy A12 with an update. In Central America, the Galaxy A11 was spotted with the update on May 13th. A week later, the Galaxy A30 was updated in India. A20 and A30s both received Android 11 updates in early June. Around the same time, the Galaxy A20e was updated.

Samsung uses its foldable devices to update Android very cautiously, but its Galaxy Z Flip 5G outshone the company’s precedent. After Switzerland implemented the update on December 21, it is unknown whether other regions will follow suit.

In addition, Samsung also began rolling out Android 11 to regular Galaxy Z Flips just ahead of the New Year with a roughly 2GB update. It has been rolling out for a few months now.

Samsung opened the floodgates to the Android 11 for its $2,000 Galaxy Z Fold 2 on January 11. TELUS is reporting that the update will be available in Canada by January 20, just as it started rolling out in Germany. In addition to India and the UK, the update has been widely deployed in the United States. A version of One UI 3.1 was available in some regions from late February through early March.

The original Galaxy Fold is starting to receive Android 11 updates following the report by SamMobile on January 18. It may be dependent on whether you have the LTE or 5G version of your phone if you’ve already received the update in France, UAE, UK, and Switzerland.

Android 11 on other Samsung devices

Android 11 is available on more devices than we’ve listed above. At least some regions have updated the following: 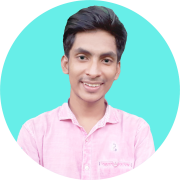 Hello, I'm Md. Juwel Professional Web Developer. I worked with a few international Marketplace, for example, Fiverr, Upwork, and others. I'm a Tech lover and also love to write about tech gadgets and mobiles.